Connecticut car insurance rates are 8% higher than the national average, though State Farm offers the lowest average rates in the state.

As the third-smallest state by size, Connecticut drivers usually pay a little more for insurance than the national average. At 8% higher, comparing quotes with multiple companies is vital to find affordable coverage in Connecticut.

State Farm and Travelers have the cheapest rates in Connecticut, but many factors affect your unique quotes. For example, young drivers, people with a DUI, and drivers with low credit scores might find cheaper rates with companies like Geico.

Read on to learn about Connecticut auto insurance and which companies might offer you the lowest rates. Then compare quotes to find the lowest prices possible.

Which companies have the cheapest car insurance in Connecticut? 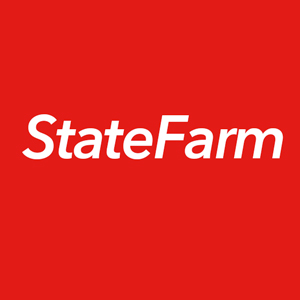 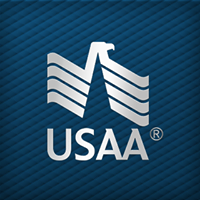 4.72
Best for Military and Veterans
Average Monthly Rate For Good Drivers
$62.75
A.M. Best Rating
A+
Complaint Level
Low
USAA is rated as the top insurance company by its customers. See which USAA discounts you qualify for and how you could lower your insurance rates.
» USAA

Commute distance. If you drive more, you statistically increase your chances of an accident. Therefore, those who drive more than average receive higher rates.

Connecticut’s cheapest overall insurance company is State Farm, with Travelers as a close second. However, you might find more affordable insurance rates with other companies, so shopping around is essential.

Before driving on a Connecticut road or registering a car, you must buy a specific amount of car insurance. Every state’s minimum coverage requirements vary, and Connecticut’s requirements are as follows:

Buying insurance to meet Connecticut’s minimum requirements is your cheapest option for coverage. The average price for minimum insurance in Connecticut is around $900, but rates vary by company.

When it comes to minimum auto insurance coverage in Connecticut, USAA and Geico offer far cheaper rates than competitors. However, USAA has strict eligibility requirements — only active or retired military or their family qualify for coverage.

While minimum coverage is your cheapest option, it comes with a risk. Your car won’t have any protection, meaning you’ll have to pay for repairs out of pocket if you get in an accident.

Full coverage auto insurance refers to a suite of insurance products, including liability, comprehensive, collision, uninsured/underinsured motorist, and either personal injury protection or medical payments. Connecticut doesn’t require full coverage insurance, but you might need it if you have a car loan or lease.

The average full coverage rate is nearly double the state minimum costs, but the extra protection is usually worth it.

Drivers looking for more protection can usually purchase add-ons for their policy. Popular add-ons in Connecticut include:

While adding coverage to your policy better protects your vehicle, it also increases your insurance rates. So while it’s tempting to add as much coverage as possible, you should only buy what you need to keep costs down.

Insurance companies look at various factors to determine your rates, and one of the most significant is your age. Young, inexperienced drivers pay some of the highest rates for insurance because they’re statistically more likely to file claims.

Check below to see how much Connecticut car insurance costs by age.

In this category, State Farm offers the lowest rates again, with other companies looking less favorably on young drivers. Although 18-year-olds typically pay about $3,000 more per year than older drivers, rates start to decrease around 25.

Most insurance companies offer a discount for married couples because married people file fewer claims. Both partners must be listed on the policy to be eligible, but the savings can be significant.

State Farm and Travelers offer low rates for married people, though you might find more affordable rates with another company based on your unique situation.

Another important factor insurance companies look at when determining your rates is your credit score. While some states ban using credit scores as a factor in car insurance, Connecticut allows it.

Average Connecticut auto insurance quotes for people with low credit scores are 43% higher than for drivers with better scores. Therefore, choosing the right company when your credit score is low is vital in finding low rates.

Although State Farm often offers the cheapest car insurance in CT, it’s usually less forgiving of low credit scores. Instead, Travelers and Geico have some of the lowest rates.

While you’ll pay more for insurance with a low credit score, increasing your score can help lower your rates.

Insurance companies in Connecticut determine your rates by the likelihood that you’ll file a claim. Drivers with an at-fault accident are statistically more likely to file another claim in the future, which is why you’ll see higher rates.

Teens are especially susceptible to rate increases after an accident, but all drivers will see their insurance costs rise. Look below to see how an at-fault accident might affect your rates.

While an at-fault accident will raise your rates, you won’t be stuck with high prices forever. If you keep your driving record clean, your rates usually decrease after three years.

Whether you’re running late to an appointment or there’s an emergency at home, nearly every driver has sped once or twice. Unfortunately, a speeding ticket can increase your auto insurance rates.

Connecticut car insurance rates tend to increase by about 15% after a speeding ticket, though the actual price you’ll pay depends on the company.

State Farm and Travelers are once again the cheapest car insurance in Connecticut after a speeding ticket. Like an at-fault accident, your rates will gradually return to normal if you avoid adding more citations to your driving record.

Of all the incidents that can raise your insurance rates, DUIs have one of the largest impacts. Connecticut drivers face steep fines, license suspension, and jail time after a DUI, with the consequences much harsher for repeat offenders.

Travelers offers the most affordable insurance rates for drivers with a DUI on their record, but comparing quotes with multiple companies is vital. Even if you already have insurance, shopping for new coverage might save you thousands.

Which cities in Connecticut have the cheapest car insurance?

Connecticut is a quintessential New England state, from small country towns to beautiful coastal cities. When looking for cheap car insurance in Connecticut, your location plays a crucial role in your rates.

Consider the average price in Connecticut’s largest cities to get an idea of how important your ZIP code is in your rates. Although rates vary, a general rule of thumb is that bigger cities have higher insurance rates.

For example, finding cheap car insurance in Bridgeport is more challenging than in a smaller town like Willington.

Is car insurance getting more expensive in Connecticut?

Overall, car insurance prices in Connecticut seem to be becoming more affordable. While the state sees more rate fluctuations than other states, there have been more price drops in recent years than increases.

There is a great deal of variation between the years. Some years saw dramatic increases, while others lowered rates significantly.

The current trend for car insurance in America is similar to other industries — business costs are rising, and those increased costs get partially passed to customers. So drivers in every state will likely see price hikes soon.

Although auto insurance in Connecticut tends to be a little more expensive than the national average, drivers in the Constitution State can find affordable coverage. State Farm and Travelers tend to offer the lowest car insurance quotes in Connecticut, but you might find a more affordable company for your unique circumstances.

No matter your situation, the best way to find low car insurance rates in Connecticut is to compare quotes with as many companies as possible.

The average car insurance rates in Connecticut are about 8% more expensive than the national average. Drivers looking for minimum coverage pay about $600 yearly, while full coverage rates are about $1,600.

Is car insurance required in Connecticut?