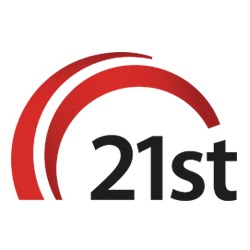 If you need auto insurance in California, you may want to consider 21st Century Insurance. The company offers liability and full coverage options, including roadside assistance.

Anyone looking for a more robust coverage plan may want to look elsewhere, as 21st Century doesn’t include as many options as its competitors. Additionally, if you live outside of California, you’ll want to find and compare quotes from multiple companies to get coverage that works best for you.

If you need auto insurance in California, you may want to consider 21st Century Insurance. The company offers multiple options for car insurance coverage, allowing policyholders to customize their policies to feel safe and secure behind the wheel.

21st Century Insurance has an A+ rating with the Better Business Bureau (BBB). However, the BBB website also shows that 21st Century closed 25 complaints in the last three years.

Still, 21st Century has a one out of five-star rating on the BBB website, suggesting the company has room to improve customer service and satisfaction. Customer complaints range from hidden policy fees to poor claims handling.

If you’re considering doing business with 21st Century Insurance, you may want to read some customer reviews online before purchasing a policy.

You can contact 21st Century by calling 877-401-8181 or by visiting their website. If you know you will need to file an auto insurance claim, there are different ways of getting in touch with the company.

How can I make a car insurance claim with 21st Century?

Does 21st Century have a mobile app?

The 21st Century mobile app allows policyholders to pay their bills, view policy information, request roadside assistance, and acquire insurance ID cards when they need them. Reviews for the 21st Century app are anywhere from 2.3 to 3.8 out of five.

Who is 21st Century car insurance a good fit for?

The following table shows the average 21st Century rates for auto insurance compared to the national average based on a person’s age. Auto insurance for teens comes with the highest rates.

Rates with 21st Century Based on Driving History

Lastly, the next table shows average rates for auto insurance with 21st Century based on a person’s driving history.

You’ll never know how much you’ll pay for coverage with 21st Century Insurance until you get a quote from the company. The company website allows you to get a quote for car insurance coverage, or you can call the 21st Century insurance phone number for more information.

How are 21st Century auto insurance rates for drivers with an accident?

If you need auto insurance after an accident, you can expect to pay more for coverage with 21st Century. Full coverage costs with an accident are around 16% higher than the average, which could end up costing more than $600 annually.

Minimum coverage was similar, with clients paying 11% more for liability coverage if they had an accident on their record.

Depending on your unique situation, you may qualify for one or more auto insurance discounts with 21st Century auto insurance. Some of the discount options include:

21st Century discounts can help policyholders save as much as 20% on their policies. In most cases, you’ll automatically receive a discount with 21st Century if you qualify. However, if you want to ensure you get the best rates possible, you can speak to a representative with the company to inquire further.

What is 21st Century’s Refer a Good Friend program?

With the 21st Century Refer a Good Friend program, you can earn gift cards when you refer family and friends to 21st Century for their insurance needs. For example, you could earn a $25 gift card to a favorite store or restaurant if you recommend a friend to the company and that individual receives a free quote.

Though 21st Century car insurance offers coverage to various client types, the company specializes in high-risk auto insurance coverage for individuals and offers SR-22 filings. So if you have a less-than-ideal driving record and need liability coverage, 21st Century may work well for you.

The company doesn’t offer other popular types of optional coverage, like rideshare insurance coverage or Gap insurance. However, the company offers complimentary roadside assistance to its policyholders. So if you’re in the market for a robust policy, 21st Century may not be the best fit.

In addition to the options listed above, 21st Century also offers the following:

Each option listed above is likely to make your auto insurance policy a bit more expensive, but you may find that the coverage helps you feel safe and allows you to have peace of mind when you are driving.

What is SR-22 insurance?

If you have a DUI conviction or several traffic violations in a short period, you may need an SR-22 form. SR-22 forms prove to your state’s department of motor vehicles that you have proper insurance and can take financial responsibility if you’re in a car accident.

If you live in California and need affordable SR-22 insurance, you may find that certain companies are unable or unwilling to provide coverage. However, 21st Century offers SR-22 filings and coverage throughout the state.

21st Century’s full coverage auto insurance rates are slightly lower than average when compared to other competitors. The company’s full coverage rates were $76 cheaper than the state average in California.

However, liability-only policies or auto insurance for drivers with a DUI are often more expensive with 21st Century than they are with other competing companies.

How do I cancel my 21st Century auto insurance?

You can call the company and speak with a representative to cancel your insurance policy. If you need to make any changes to your policy, you can do so by following the same steps.

21st Century offers more than what is required to legally drive in your state, allowing policyholders to customize their policies to a certain extent. Additionally, the company offers a custom parts add-on that policyholders can add to their insurance coverage. Still, the company does not offer accident forgiveness, new car replacement, GAP coverage, or deductible modification.

The company offers 24-hour customer assistance, options for discounts, the ability to alter your policy, and tools on the company’s mobile app.

I have been with this company since 2013. They were there to help me through a tough time when I had my accident. Service was superb.
2

No price matching/Nothing for loyal customers

In general this company is known for having the lowest rates in town but over the last five years I have noticed my rates going up over time. I have never had an accident and the company is supposed to reward you for this, but my rates keep going up. I am at the point that if I get another rate increase in the next six months, I am going to bail and go with another provider.
5

i actually enjoyed the experience but since i found a better alternative i canceled it, but it is really a good company they deserve their good reputation.
5

Very knowledgeable about services. Gave me option and help me find the best needed policy. Friendly.
5

Excellent customer service and great low prices! I got tue lowest quote vs other companies. I definitely recommend them.
4

One of the best insurance companies I've ever used! The price on my insurance policy was the lowest ever!
5

They always paid on claims with no problem. They have by far the lowest rates on auto insurance in my area, and their roadside assistance is very reliable. I don't drive anymore otherwise they would still be my company. I was very satisfied with their service.
4

Just recently switched to 21st auto insurance to be on the same insurance policy with my brother. Everything seems okay so far with competitive rates.
↑ Back to Top