Everything you need to know about Nationwide car insurance. 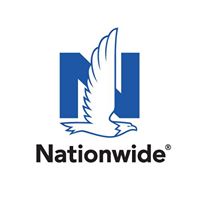 Nationwide offers various options for car insurance. If you’re looking for a customizable policy with a well-known and financially stable insurance provider, Nationwide could be an excellent fit for you.

However, the company has higher-than-average rates, and you may find that customers aren’t pleased with the company’s claims process. So, shopping online for quotes from multiple providers is important before deciding on a coverage.

If you’re looking for the best car insurance company, you’ve likely heard of Nationwide. Nationwide offers car insurance throughout the U.S., with options to customize your policy and save money with different discounts.

Nationwide is a well-known insurance provider, and the company has excellent ratings from professional organizations. However, you should still compare quotes from Nationwide to other providers to ensure you’re getting the policy you want at a price that works with your budget.

Is Nationwide a Good Choice?

Does Nationwide have good ratings?

Nationwide has an A+ (superior) financial strength rating with A.M. Best. The company also has an A+ rating with the Better Business Bureau (BBB). However, customer complaints about Nationwide claims on the BBB website suggest the company has room for improvement.

How is Nationwide’s claims process?

Most complaints concerning Nationwide’s car insurance center around the fact that specific car insurance claims take too long to finish while other claims get denied when they shouldn’t be. So if you’re planning to purchase an auto insurance policy with Nationwide, you may want to consider what policyholders say about the claims process.

How much is Nationwide car insurance?

The amount you’ll pay for car insurance depends on several factors, such as:

Nationwide insurance quotes tend to be high compared to competitors, but premiums with Nationwide still rest below the national average in most instances.

The table below shows annual auto insurance rates with Nationwide compared to other well-known insurance providers.

As drivers age, and gain experience, their auto insurance rates may start going down as long as they keep their driving records fairly clean. Compare the teenage rates above with the rates for adult drivers in this chart.

Senior drivers may see a slight bump in their average annual auto insurance rates, but not much.

If you are a safe driver and keep your driving record clean, you have a good chance of keeping your car insurance rates low. Take a look at how your annual rates can change if you get a DUI or ticket or if you are found at-fault in an accident.

Find and compare Nationwide quotes with quotes from other insurance companies to ensure you get the coverage you want at the best price.

According to the Nationwide website, discounts may help policyholders save up to 25% on their insurance rates. Nationwide’s SmartRide discount is one of the best options for saving money on coverage.

Before committing to auto insurance with Nationwide, compare quotes from multiple providers to ensure you get the best deal on coverage.

What is SmartRide with Nationwide?

Nationwide’s SmartRide is a usage-based driving program allowing policyholders to save money by sharing some driving statistics with the company.

Policyholders can download the app to take advantage of the discounts available with SmartRide. Nationwide then monitors certain driving habits, like:

Regardless of your driving patterns, enrolling in SmartRide will never cause an increase in your insurance rates. However, you could save money on your car insurance premium by enrolling in the SmartRide program. Take a look at how Nationwide’s rates vary compared to other top companies based on driving record:

What does Nationwide offer for car insurance?

Nationwide auto insurance coverages allow policyholders to customize their coverage to ensure they feel safe behind the wheel. The company also offers extensive opportunities for discounts so individuals can save money on their insurance rates. Take a look at how their cheapest rates compare to other top insurance companies:

Does Nationwide have add-on coverage options?

There are several add-on options customers can purchase with a Nationwide policy, including:

The add-ons listed above will likely make an insurance policy with Nationwide more expensive, but they could also give you peace of mind when you’re driving.

Yes, Nationwide is a highly-rated car insurance company that insures millions of drivers every year. The policies are reliable, and the company’s financial strength is superb.

Who should purchase a car insurance policy with Nationwide?

Nebraska drivers should consider Nationwide as it offers the cheapest rates in their state. Additionally, anyone with poor credit scores may also want to consider Nationwide because of its reasonably-priced insurance options. Otherwise, individuals should compare rates from Nationwide to those from other companies to find what might work best for them.

Where can I get Nationwide insurance?

You can visit the Nationwide website or call a local representative to learn more about purchasing an auto insurance policy.

How does Nationwide compare to other car insurance companies?

USAA is the only company that beats Nationwide in terms of customer loyalty. Rates with the company are often in the middle of the pack, but in certain scenarios, Nationwide does offer more competitive rates on coverage.

Nationwide has a low NAIC index concerning customer complaints, meaning Nationwide customers are less likely to complain about the company than policyholders with other insurance companies. The company also has an exceptional financial strength rating.

Nationwide’s insurance rates are average. You may be able to find cheaper rates with other companies, but the company has a lot to offer in terms of coverage options and overall customer care.

Had to call in a few times now for the same auto claim. The first time was nearly 1.5 hours before anyone picked up. Today I have been waiting over 2 hours for an answer and still nothing. Nationwide should learn to take care of their customers and answer the phones so they can provide the service they are being paid to provide!
5

Is Nationwide REALLY on your side?

Happy with Nationwide so far. Premiums are not too shabby. The agent and customer service has been more than helpful. This is good after having horrible experience with another provider.
5

Great service and worth the money

Delighted to have auto insurance and roadside assistance.

It was wintertime and I wasn't thinking clearly. I started my car to let it warm up and locked my keys inside. I had to go to a neighbor's house and call for a lock out. I had to wait at my neighbors until they came, but had to keep an eye on my car at the same time. I was so happy to have insurance to cover this experience. It could have been a lot worse. They were there within 30 minutes or so.
5

Nationwide is the best

They have fantastic rates and good quality coverage for the price. The staff are very knowledgeable and always help me with my auto insurance needs.
5

Nationwide really is on your side

In Nationwide I Trust

My experience with nationwide is really fascinating. They vaule their customers very much. They care about their customers. Their service is up to the mark. I am really happy to be with them.
2

Staying with another 10+ years

Write a Review and Rate