AIG auto insurance is only offered through its Private Client Group and is geared towards high net worth clients. If you are looking for cheap auto insurance, AIG is not the right insurer for you. 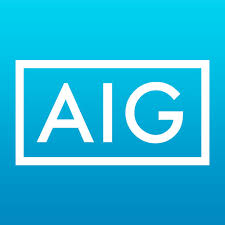 Researching types of auto insurance coverage can be hard work, especially when so many auto insurance companies’ policies differ. Luckily, we build guides that thoroughly review company policies so that you don’t have to do the work alone.

Today, we’re taking a look at the American International Group (AIG), an insurance provider famous for its global reach. AIG operates in over 80 countries and jurisdictions and has been in business for just over a century.

So, does AIG have auto insurance?

We’ll outline AIG insurance plans, average rates, and company history. We’ll also walk you through the best way to obtain an AIG auto insurance quote. The next time you hear about AIG’s services, you’ll have all the details you need.

Is AIG car insurance any good?

Confused about what these ratings mean? We’ll break it down.

A.M. Best is an independent agency that rates companies’ financial security and creditworthiness.

The agency has awarded AIG a rating of A, which means AIG’s creditworthiness is considered “excellent.” The Better Business Bureau, also known as BBB, is an agency that measures a company’s trustworthiness. To do so, BBB considers factors like a company’s transparency, responsiveness, and customer reviews.

BBB has awarded AIG a rating of A+, which is the agency’s highest rating.

Moody’s is also an agency that rates creditworthiness.

It has given AIG a rating of Baa1. This means AIG is a medium-grade company subject to moderate credit risk.

Lastly, S&P, one of the oldest credit rating agencies in the world, is a company that assesses financial strength and creditworthiness.

S&P has awarded AIG a rating of BBB+ . This means AIG has adequately protected itself from financial risk. However, adverse economic conditions could change its ability to meet its financial standards.

What Is The AIG Company History?

AIG was founded in 1919 by American businessman Cornelius Vander Starr. Starr first established AIG’s headquarters in Shanghai, China. He then spent two decades expanding the company to other parts of Southeast Asia and Latin America. In 1939, Starr moved the company’s headquarters to New York City. During this time, AIG only offered general and life insurance.

AIG has since expanded to over 80 countries and jurisdictions around the world.

You can find an AIG office anywhere from Oman to Aruba.

The Federal Reserve assumed control of AIG during the financial crisis of 2008. The nationalization was later deemed illegal and AIG regained autonomy in 2012. In 2017, a U.S. appeals court reversed the original ruling of illegality for AIG’s bailout.

First, take a look at the average auto insurance rates in each state.

Most insurance companies focus instead on providing policyholders with the cheapest annual rates possible.

Because AIG sells high-value auto insurance, its policy is not geared toward affordability. Instead, the company prioritizes treating high-value vehicles with the right level of care.

Below are the average rates you can expect to pay if you own one of the 20 most expensive vehicles.

If you damaged your luxury vehicle in an auto accident, you would want to take it to a specialist, right? Often, luxury vehicle specialists are two to three times more expensive than standard mechanics.

The Private Client Group is built for high net worth policyholders. Its protections are designed for large assets like high-value vehicles, fine homes, yachts, and private collections. They also include benefits like worldwide liability auto insurance coverage. As a result, group membership will also raise your auto insurance rates. If you’re wondering who has the cheapest auto insurance, it’s not AIG.

If you purchase an auto insurance policy through AIG’s Private Event Group, you will receive a wide variety of comprehensive coverages. They include:

As you can see, these coverages are designed with high net worth policyholders in mind. Protections like worldwide liability coverage are designed for frequent travelers, while features like the one-policy program benefit policyholders with multiple high-value assets the most.

If you’re an AIG policyholder but not a member of AIG’s Private Client Group, you’ll have to purchase an auto insurance policy through a separate auto insurer.

What are AIG’s bundling options?

How is AIG’s online presence?

AIG has a comprehensive website showcasing its insurance options for individuals, families, and businesses. You can use AIG’s website to read about AIG products, explore company history, or service your AIG account.

Does AIG have commercials?

While AIG’s advertising presence in the U.S. is not as strong as that of its competitors, it does air AIG commercials around the world.

Is AIG involved in the community?

Yes, AIG is involved in communities around the globe.

Because of its international reach, AIG has been a source of support during major crises like the 1995 Kobe earthquake. In 2007, AIG was the lead insurer of the World Trade Center project. Today, AIG sponsors global organizations like the New Zealand Rugby Union and the Dublin GAA.

What do AIG employees have to say?

So, what about AIG’s employees?

All of AIG’s agents are nationally licensed. AIG requires its agents to pass accredited courses, participate in ongoing training, and study new insurance products, regulations, and consumer rights. AIG agents can help you with tasks like getting an AIG auto insurance refund.

On Indeed.com, AIG’s employees have given the company 3.7 out of 5 stars. Employee reviews highlight good pay, benefits, and work-life balance at AIG. However, AIG agents and employees have been critical about workplace management and job security.

AIG SG, for example, is an app for Singaporean AIG policyholders to manage their accounts. AIG SG has received 3 out of 5 stars from Google Play reviewers. Users have complained that this app does not provide the proper functions to file a claim.

AIG has an extensive, sleek website that provides company information, shares insurance advice, and allows policyholders to service their accounts.

It also sufficiently explains what AIG insurance covers. All of these functions are easily accessible from AIG’s homepage if you’re on a desktop or laptop computer.

Although AIG’s website is useful for general policyholders, there are far fewer resources for members of AIG’s Private Client Group.

For example, while general policyholders can file a claim and obtain an AIG insurance quote online, Private Client Group members cannot. Presumably, this is because high net worth policyholders often service their policies with the help of independent insurance advisors. As a result, these policyholders have less use for AIG’s online functions.

Lastly, the AIG auto insurance Covid company response to the pandemic can be found on the website.

What is AIG auto insurance’s availability by state?

You can purchase and service an AIG Private Client Group auto insurance policy from anywhere in the United States. That means AIG is in Atlanta, Denver, and every other major U.S. city.

AIG’s coverage is also available abroad. While AIG’s headquarters are in New York City, the company has offices across the globe. With locations in cities like Bratislava, Seoul, and Dubai, AIG is the 17th-largest insurance company in the world. AIG’s international presence allows the company to easily provide protections like worldwide liability coverage.

How Do You Make an AIG Auto Insurance Claim?

It’s important to gather as much documentation as possible before you file an auto insurance claim. AIG often requires receipts and similar documentation that substantiate incidents like flight cancellations, accidents, and hospital visits.

How Do You Get an AIG Auto Insurance Quote Online?

The only way to get an AIG Private Client Group auto insurance quote is to request a complimentary policy review.

If you want to request a review, the first step is to enter your personal information into AIG’s policy review form. This form is available on AIG’s website.

Once you’ve submitted your request, an independent insurance agent representing AIG will contact you about your review.

What do I need to submit my request?

To fill out AIG’s policy request form, all you’ll need to enter is the following:

Once you are in contact with the insurance agent reviewing your request, they will notify you about any other information you must provide to get a quote.

Below are a few frequently asked questions about AIG’s auto insurance.

While AIG does not provide golfers with car insurance or special benefits in the U.S., AIG has a partnership with the Golfing Union of Ireland and the Irish Ladies Golf Union. Because of this partnership, GUI and ILGU members get 16 percent off when they purchase car insurance through AIG in Ireland.

#4 – What is the AIG auto insurance address?

Are Chartis and AIG the same? No, The Chartis Group is a financial organization of a similar name to AIG’s Chartis services. It is not the same company.

reliable, honest and trust worthy, I have never contracted with an insurance companies so this is was the trust and the best,
1

They sell flight insurance through AON that they then refuse to cover. Disgusting scam! But if you want to throw your money away ... At least with life insurance you don't have to worry about them not paying up after you're dead! Those you're buying the insurance for might - they will find a loophole.
5

All in all good. They are very good by providing customer service. And important thing is they are trustworthy.
4

Great customer service, was easy to deal with when I got in a wreck and needed my car repaired. The agent called us back in a timely manner and was happy to help with any of our questions.
4

I got to know about this while i decided to visit directly to the company and there the agents explained me well.
3

It wast for me

The company was fantastic, as long as you pay the bill, but when you attempt to make a claim, they will turn on you.
5

they gave e a good discount for my kids getting good grade. It was a nice bonus. They need to advetise that and they would get more customers.
1

They have terrible customer service. They would not return my phone call and I had to email several times to actually get them to understand what I was saying.
↑ Back to Top