Why Young Males Pay the Most Expensive Auto Insurance Premiums 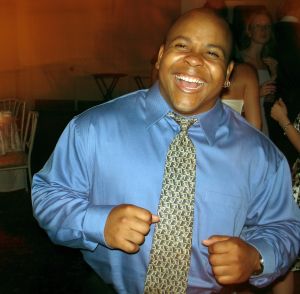 Place your ZIP code into the FREE toolbox right now and save by receiving the best car insurance rates!

Young male teen drivers between the ages of 16 and 20 represent a large number of consumers seeking auto insurance for the first time and this is another reason why car insurance companies place their numbers so high. As these numbers continue to rise, there seems to be no way for young males to catch a break.

Luckily, each one of these factors can be changed with the help of parental involvement and the new laws issued by state legislators.

The National Institutes of Health shows male teen drivers improve the way they drive when they have an older, more mature passenger with them.

This is likely attributed to the experience of the passenger and the feeling of security the teen feels should something unexpected happen.

If more programs are implemented throughout the United States, it is highly possible that these statistics for young male drivers will improve over time, thus, reducing their average car insurance rates.

They are Thrill Seekers

Young male drivers seek thrills by way of speeding many times. They take more risks than young female drivers do and this contributes to their high car insurance premiums. In fact, the California Department of Motor Vehicles, explains how speed, combined with inexperience behind the wheel plays a role in fatal accidents each year. 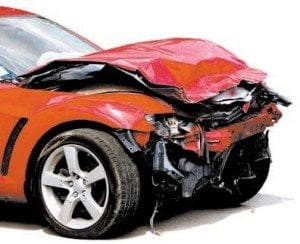 They have a tendency to be much more overconfident because they have a driver’s license and assume they can handle emergency situations. This leads to worse behavior, including violating the more dangerous traffic laws.

All of these negative behaviors have placed them in the worst category when it comes to car insurance companies and they judge them all the same.

Rather than looking at them as individuals, most male drivers between 16 and 20 are perceived as the highest risk.

Even inexperienced male drivers over 30, are not quoted the same rates as their young counterparts because although they may not have as many years behind the wheel, their age makes them much more responsible.

Young male drivers are also less likely to utilize seat belts, assuming air bags will cushion the blow of a head-on collision and side impact air bags will take care of the rest. 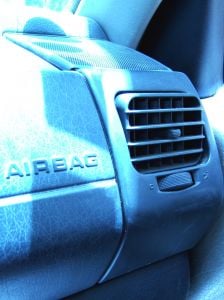 Unfortunately, this is a myth that many believe to be factual.

When in actuality, the air bags are to be used in tandem with seat belts, not as a replacement. Less than 20% of young male drivers use seatbelts regularly and out of that small number, only about 10% use them correctly.

This is another reason why they pay the price when it comes to car insurance. The car insurance industry takes all of the statistics provided by the various traffic and safety reports and uses this data to compile their data.

If young male drivers would begin to exercise even the most rudimentary safety procedures, they would see the averages drop substantially. Over a period of two to five years, the number of fatal crashes resulting from the failure to use seatbelts would drop and have a significant impact on the car insurance industry’s rate calculations.

They Tend to Carry More Passengers

Young male drivers often carry more passengers than young female drivers. In 2010, the state of New Jersey, created a law called, Kyleigh’s Law, named after a 16-year old teenager who was killed by another teen driver. 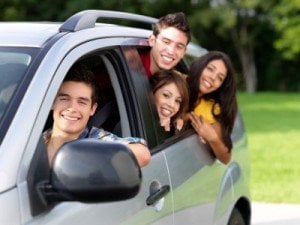 While the law does not directly address the issue of having too many passengers in a vehicle, it does help police officers identify drivers under the age of 21 with just a glance at their license plate.

Many other states around the country are beginning to create similar laws in an effort to bring awareness to these types of tragedies. If they are successful, it will not only save lives, but also help to decrease the amount of money teens pay for car insurance.

In the past, it was difficult to determine the age of a driver with more than one passenger in the vehicle, especially after dark; however, with these types of laws in place, safety can start to step into the forefront.

Teen boys with facial hair can pass as older and are usually the purchasers of alcohol for their friends. They also become the designated drivers more often than teen girls do. When inexperience and alcohol come together, the results are often devastating. 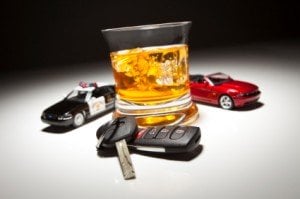 According to the National Highway Traffic Safety Administration, out of the number of teen drivers killed in fatal car accidents in 2006, approximately 31% were found with a high BAC or Blood Alcohol Content of more than twice the legal limit. Unfortunately, these statistics continue to rise each year and this is one of the main reasons why car insurance companies assess high rates for young drivers ages 16 to 20.

Over the past few years, many states have instituted programs directed towards this specific age group; using social media outlets like Facebook and Twitter as their main platform.

These same states have also started imposing much higher fines for alcohol vendors who continue to sell their products to underage drinkers.

Have you ever heard the saying women can multi-task? Well, to a certain degree, this is true. Most women are able to complete more than one task at a time, where as men are more focused on completing one task at a time. 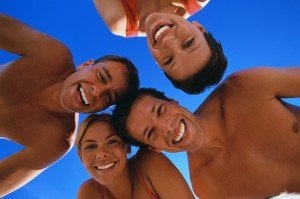 The same can be said for male teen drivers. While distracted driving is certainly a concern for all car insurance companies, female teen drivers are less likely to lose control when an unforeseen object appears in the road. Statistics show that out of the accidents related to distractions, like cell phone use, male teen drivers can sometimes become too engulfed in the conversation and lose sight of the road.

Texting while driving, however, carries the same weight of distraction since their eyes are temporarily removed from the driving path and drawn towards the cell phone. This is one of the reasons why so many states have placed bans on texting while driving.

Unless issued by the courts, young male drivers are less likely to enter into a defensive driving course. This means they will not have the advantage of learning certain defensive mechanisms taught by the instructors of these programs. 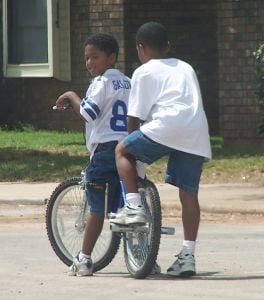 Since inexperience is one of the main reasons for minor collisions and major accidents, it is essential that more young males begin to take these types of courses seriously. In just a few hours, they can learn the rules of the road in a practical manner, without having to go through any of the challenges on the open road.

Pedestrians are the main focus with some of these types of courses because young drivers tend to forget or quite possibly, never truly understand the rules of the road as they pertain to non-drivers. They seldom yield, failing to realize they have the right of way and this also pertains to bikers.

Young male drivers are also the main purchasers or receivers of sports cars. Car insurance companies charge more for these types of vehicles and when additional modifications come into play, the rates can increase even more.

Instead of purchasing a sleek, fast supped-up vehicle, a parent should look for an older model sedan with extended safety features. Young drivers need a reliable means of transportation for the first few years that they are driving, but they should also be safe.

When the time comes to pay a visit to the local car insurance agent, one of the first questions will be regarding the type of vehicle they drive. If you plan to buy a sports car, be prepared to spend at least twice as much than you would if the vehicle was a sedan or compact car. 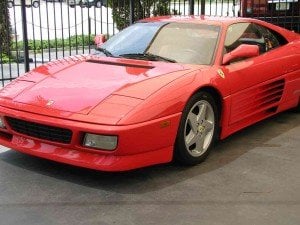 Young male drivers have the ability to control their rates if they make smart decisions and begin to recognize that driving is a privilege that can be easily taken away if the laws are not obeyed. Just because they passed their road test and were issued a driver’s license, does not mean they do not have a world of knowledge to attain. Make sure they understand the vehicle they drive is not a toy.